A Man With a Grudge

Translated from Sutra of the 100 Parables 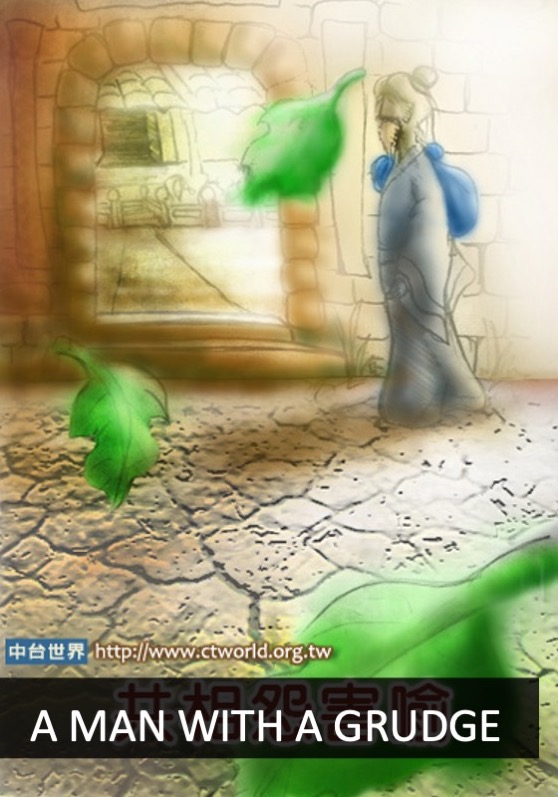 Once a man was consumed with great anger toward another man.  Day and night, he was agitated by his anger, which left him constantly unhappy.

One day a friend came to see him, and when he saw the state he was in, the friend asked, “Why are you so bothered all the time?”

The man answered, “There is a man in this village who spoke ill of me and I have not been able to get back at him.  It’s been driving me crazy thinking about how to take revenge.

His friend thought this over and then said, “Only reciting a demon’s curse can hurt this man.  I can teach you, but you need to know that it has one disadvantage: before you can hurt him, you must be hurt.”

When the angry man heard this, he was delighted.  He said to his friend, “Please, teach me.  As long as I can hurt him, I don’t mind if it will harm me, too.”

People are often like this.  Because of their anger they seek to cause harm to others.  Yet before they can hurt anyone else, their anger causes them great harm.  Then they fall into suffering realms, i.e., animal (ignorance), hungry ghost (greed), hell beings (anger).   There is really no difference between them and this angry fool.

Who does your anger hurt? When we are angry, we often harm others with our words and actions. But what impact does it have on you? Maybe your blood pressure increases, or you clench your teeth or start to shake. These are physical symptoms of anger. Emotionally, the mind might brood on the cause of anger, replaying the scenario over and over, prolonging the suffering.

If someone shot us with an arrow, we wouldn’t continue stabbing ourselves with it, so why would we continue to torment ourselves mentally in this way? When we dwell in our anger, we are like the man in the story, who is willing to be hurt himself in order to get revenge. By recognizing our anger and learning to let it go, we can protect both ourselves and others. ✍︎